# Thorium Days Thorium Days is set in the near-post-apocalyptic-future. Two miners extract Thorium and use it to power audio electronics, boost morale and stay warm. 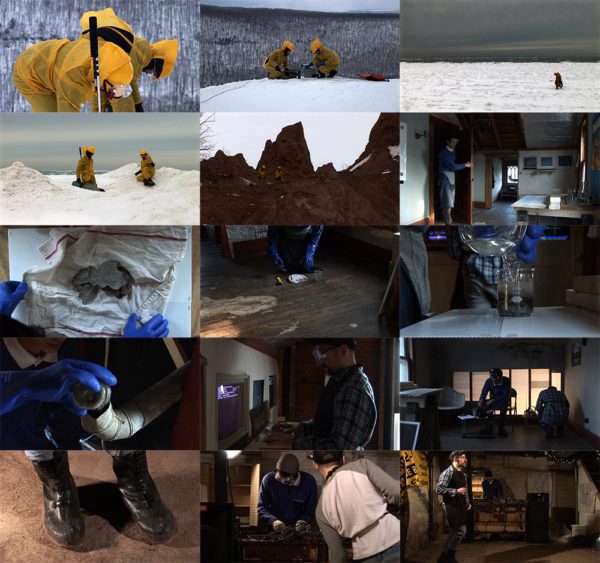 Two guys in yellow suits chip away at a rock clearing atop a frozen hill with a hammer, radiation-detector and metal containment boxes. The pair works together, one detects, the other hammers, both carry a containment box. They search the frigid landscape for enough rock to power a home-generator for one week. With enough rock, they return to the house.

In the afternoon, the sunlit attic lab slowly darkens. The generator is fed crushed rock paste and commanded to commence production. Graphs verify energy production, displaying live statistics and sample compositions. During a break, they make coffee and listen to shortwave radio reports in front of a dilapidated, partly-demolished wall repurposed as a light.

The energy is primarily used down in the basement. A dusty clearing lies in front of a table of audio electronics, surrounded by large speakers. One guy plays the audio electronics that produce sound while the other guy dances. To dance and play audio requires electricity, which calls for energy production and necessitates rock searches.